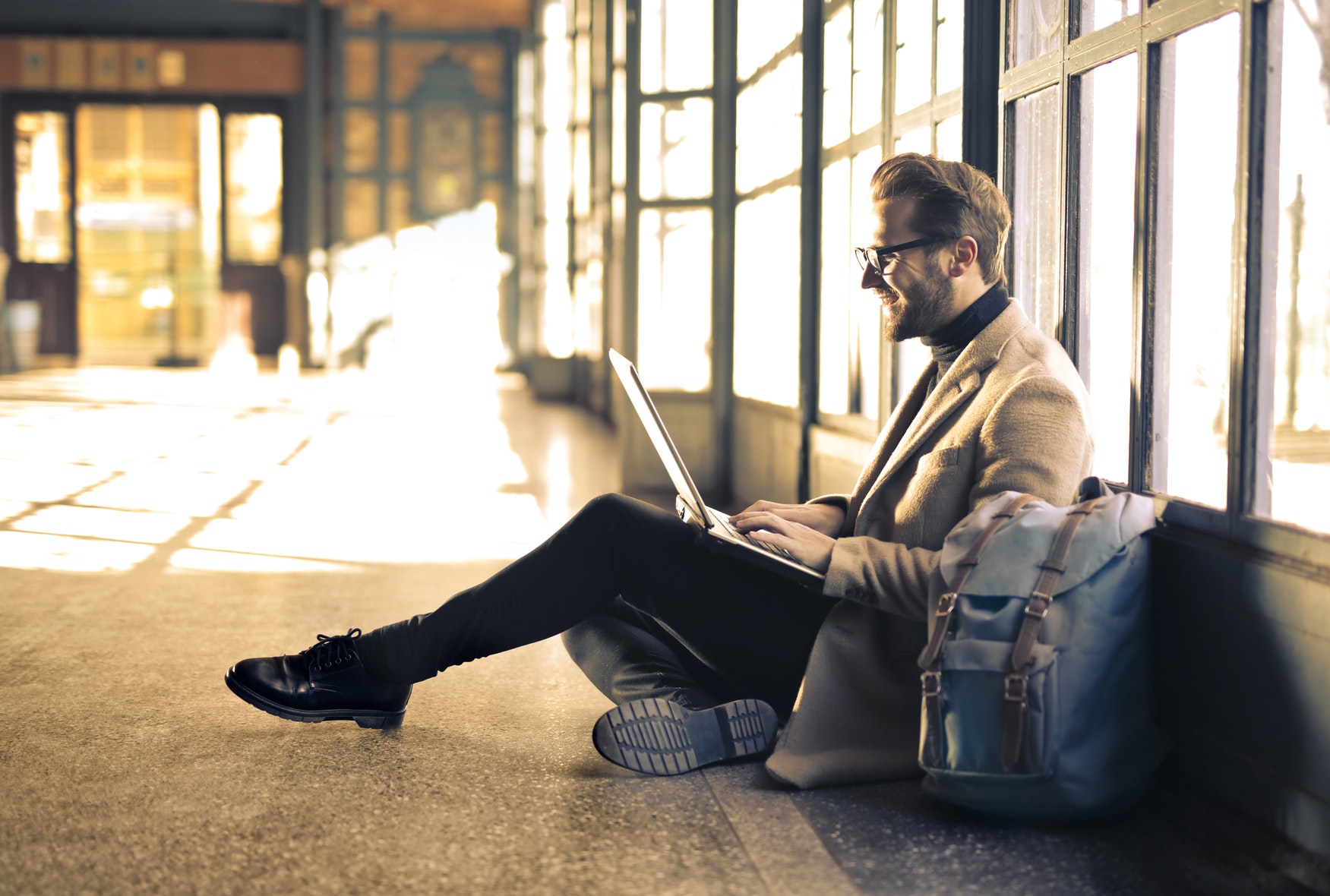 Why Scaling Back Might Actually Be Better for Your Firm

With the advent of cloud accounting came an enticing promise: new technology will allow you to grow your business bigger than ever before. While this seemed like a lofty prediction to many long-time accountants and bookkeepers, cloud apps have indeed delivered on that promise. In fact, Xero found that “firms with a higher concentration of clients using cloud accounting software had higher levels of year-over-year (YoY) revenue growth.”

To put this into perspective, traditional firms (meaning those not using cloud technology) “saw just a 4 percent increase in YoY revenue, whereas cloud practices reported a 15 percent increase.”

And, of course, this kind of YoY grow translates to greater profits for tech-savvy accounts and bookkeepers who are able to stay on top of the latest technology.

When taken from this perspective, it appears that cloud accounting is the best thing to happen to accountants and bookkeepers in decades.

However, this is only one side of the story.

As some bookkeepers and accountants have begun to discover, rapid growth does have its downsides. While the cloud has certainly made it possible to scale faster than ever before, some early cloud accounting pioneers have begun to slow their growth and refocus their efforts in new ways.

From Desktop to the Cloud

While accounting has been a vital profession for centuries, it is in the past two decades that the industry has undergone a massive transformation.

Arguably, the earliest step in the cloud accounting revolution was the introduction of NetSuite in 1998. This was the first web-hosted accounting software system and it still exists to this day.

Sensing a seismic shift in the industry, Quickbooks began its own cloud accounting journey. Though QuickBooks had found great success with its desktop software, the company developed a cloud accounting software called QuickBooks Online that allowed it to fully dominate the American and Canadian markets.

As Xero and Quickbooks Online grew into the behemoths we know today, a plethora of new cloud accounting apps were developed to augment these programs. With these smaller, more nimble players entering the game, cloud accounting became accessible for firms both big and small, thus ushering in the cloud accounting gold rush.

For accountants and bookkeepers—particularly smaller firms—the rise of cloud accounting was a game-changer. Cloud accounting made the accounting and bookkeeping processes accessible, achievable, and understandable even for those just starting out in the profession. Not to mention, the remote nature of the technology allowed the processes to be carried out virtually anywhere—as long as you had a reliable Internet connection.

For the accountants and bookkeepers who embraced this technology from the start, there were major benefits. One CPA who reaped the rewards of adopting cloud technology was Jay Kimelman of The Digital CPA. As he explained to Xero, “Fully embracing the cloud accounting strategy and utilizing Xero allowed The Digital CPA to grow from a sole practitioner to a firm of 5, achieving over 30 percent revenue growth YTD over 2015.” If that weren’t impressive enough, Jay noted that the firm was also on track to see a 40% increase in revenue in the following year thanks to the scalability of the technology.

And Jay’s story was far from an anomaly. As Xero found, firms adopting cloud technology back in 2015 “were anticipating growth of at least 10 percent over the next year and 47 percent were expecting more than 20 percent growth during that time. This is in comparison to just 38 percent of traditional firms who are expecting revenue growth of 10 percent.”

Bookkeeper Sherri-Lee Mathers echoes this sentiment when reflecting on the growth of her own bookkeeping firm, Balsam Way Bookkeeping. For Sherri-Lee, the benefits of the cloud were unprecedented. Though she was already a QuickBooks Desktop user, it was attending a Alan Salmon Tech Tour event that introduced her to cloud technology and its potential for taking away the most time-consuming and tedious part of her job: data entry. As she explains:

“When I went to Alan Salmon event and looked at all the technology, I had the big lightbulb moment.”

After adopting QuickBooks Online, Sherri-Lee began mastering a number of other cloud-based applications, including ReciptBank and Knit payroll. As she explains, “the apps took care of all the little things I hated about bookkeeping.” With these headaches gone, Sherri-Lee was able to grow her practice and take on a greater number of clients than ever before. She explains:

But while the cloud gave people like Sherri-Lee the freedom to run their businesses from virtually anywhere and the capabilities to scale quickly, these early adopters increasingly found themselves facing new challenges.

For many accountants and bookkeepers who grew quickly with the cloud, a realization emerged that their role had shifted. As Sherri-Lee has pointed out, her role as a bookkeeper shifted from a focus on data entry to that of data management. While cloud technology had taken care of much of the tedious data entry associated with bookkeeping, there was a new pressure to ensure that the data going into these apps and other systems was clean, accurate, and reliable. As she explains:

“Our roles are changing because we now focus on process, design, and interpretation, instead of data entry. These apps are pulling so much information in, so small errors or inconsistencies become that much bigger if we don’t catch them.”

With the new demands of data management, many accountants and bookkeepers like Sherri-Lee realized the need to refocus their efforts and scale back their businesses to a more reasonable size. As Sherri-Lee points out, this is a widespread sentiment and “those of us that have matured in this area are now looking at how we can evolve and use technology in new ways.”

The Benefits of Scaling Back

With cloud technology having fundamentally changed the way accountants and bookkeepers work, many have begun scaling back their firms or slowing their rate of growth. While this may sound counterintuitive, there are several unexpected benefits to scaling back.

As Sherri-Lee points out, the demands of cloud technology mean that greater attention needs to be paid to data management. In order to do this well, accountants and bookkeepers need to keep their businesses at a reasonable and manageable size, so as to ensure they aren’t spreading themselves too thin.

In other words, maintaining a steady, but reasonable number of clients can allow accountants and bookkeepers to maintain a consistent quality of service, which in turn leads to happier clients and higher retention rates. Not to mention, clients who have a top-notch experience are more likely to recognize the value they are getting from the firm and refer others in their network.

One of the biggest benefits of the cloud is the ability to work with clients across the country and even the globe. In the early days of the cloud, many accountants and bookkeepers were thrilled with the prospect of taking on clients in a wide variety of industries and locations.

However, having matured in the industry, many accountants and bookkeepers are beginning to understand the benefits of carving out a niche—a focus on clients within a specific industry or profession. Scaling back allows accountants and bookkeepers to hone their skills in a specific area, rather than trying to master several different industries at once.

Most accounting and bookkeeping firms offer a variety of services, whether it's tax preparation, payroll, or consulting. While a wide variety of services can help to bring in a bigger client base, it also means greater demands on an accountant or bookkeeper’s time.

Shedding clients can be an opportunity to reevaluate a firm’s service offerings and see where most of the revenue is coming from. When scrutinizing profitability, firms can identify their most lucrative clients, the services those clients are using, and then look at things like overhead and administrative costs. By honing in on the most profitable clients, accountants and bookkeepers can ensure that the work they’re doing is generating the maximum revenue for their firm.

Preparing for the Future

But perhaps the biggest benefit of shedding clients is the opportunity for a firm to refocus its efforts and prepare for future industry shifts. As Sherri-Lee has pointed out, “the cloud is now an expectation, rather than an exception,” meaning cloud accounting and bookkeeping firms are no longer cutting-edge. In order to anticipate the next big change in the industry, firms will have to continue learning and stay abreast of technological advancements.

As Sherri-Lee has predicted, AI is one of the biggest changes on the horizon, and it's important for accounting professionals to learn about the intricacies of AI accounting if they want to adapt. Scaling back gives firms the opportunity to re-evaluate their business plan, explore new technologies, and ensure that their company is in a competitive position for the future.

While the cloud has made it easier than ever for accounting and bookkeeping firms to grow, some firms have begun to understand that bigger is not always better. For some firms, there are valuable benefits in scaling back that may make them even more competitive in the future. 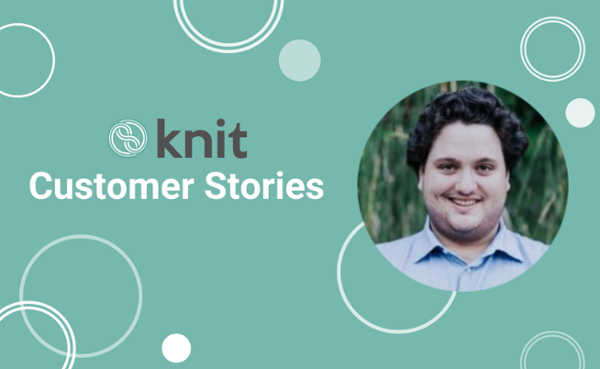 Customer Stories: How CloudCPA Is Modernizing Accounting With Knit 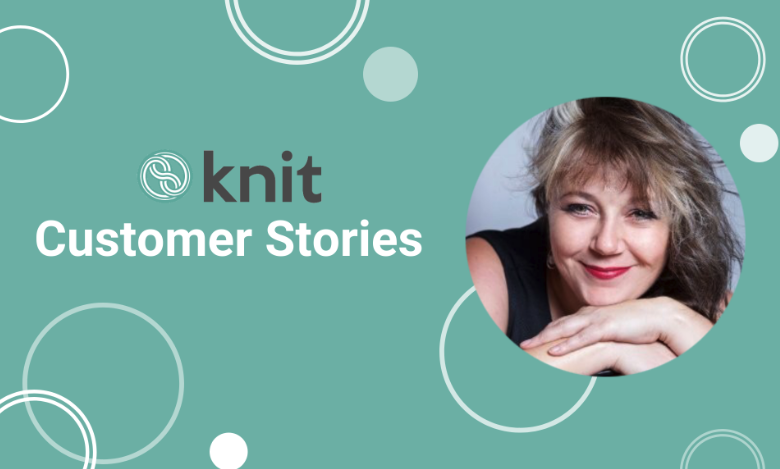